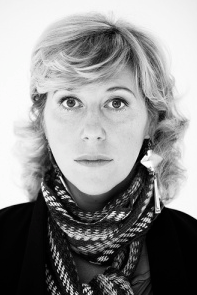 Hearing Martha Wainwright sing Edith Piaf songs is like dashing through a high-end consignment shop—on LSD. Velvet and lace pass by in a blur while you surrender to the dark, dizzying lure of the saps and animal secretions used in vintage perfumes (but now banned by priggish bureaucrats)

Piaf’s most famous songs—“La vie en rose,” “Hymne à l’amour,” “Je ne regrette rien”—tell of love and survival in that Gallic knockout punch of a voice that rang out indomitable even as the woman Piaf died a wreck at age 47. (Marion Cotillard won an Oscar for her harrowing portrayal of Piaf’s struggles with illness and addiction in the 2007 film La Vie en Rose.)

Martha Wainwright bypasses Piaf’s greatest hits and takes us prowling through the shadowy alleys of the Little Sparrow’s songbook. While she can’t summon her legendary predecessor’s molten-lava tones, Wainwright’s swoops, whispers, growls, and trombone-link honks are ideally suited to the anguish and rage of these remarkable songs.

…to read more from this review by Marion Lignana Rosenberg, visit Gomag.com!