Check out the upcoming NO WAVE/NOISE shows @LPR 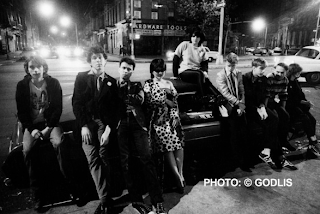 James Chance
File Under: No wave, punk
One of the original punk jazz groups of the New York No Wave scene, the Contortions
were led by saxophonist James Chance, aka James White (birth name James Siegfried).
The group formed in New York City in 1977 and ended along with the No Wave scene in 1979.

Their first recorded appearance, credited solely as the Contortions, was on the 1978 compilation, No New York. The following year, two albums were issued almost simultaneously on the ZE label, Buy the Contortions (an extreme jazz-punk LP) and Off White (a disco/standards hybrid released under the moniker James White and the Blacks, with one side vocals, the other side instrumentals)

James Chance & The Contortions will be performing with their original lineup THIS SATURDAY! To purchase tickets, click here! 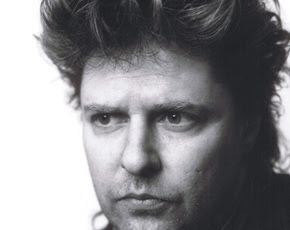 Glenn Branca
File Under: no wave, punk, classical, contemporary classical
Branca’s newest symphony may be his most entertaining. Using a tremendous variety of instrumentation Branca has created seven widely contrasting movements. Although the piece is unlike much of his earlier work it is distinctively Branca’s. From softly undulating washes of sound to rich changing neo-harmony to resonant fields of acoustic phenomena to roarin
g musical brutalism and even to parody this symphony is a tour de force on the razor’s edge of 21st Century new music.

In this performance Branca will be conducting an ensemble of 12 musicians playing more than 100 varying instruments, both acoustic and electric, many built, altered or prepared specifically for this production.

Like a music that’s never been heard before might sound this piece creates an extraordinarily unusual symphonic ambiance in a massive range of sound that thus far may be unprecedented in modern music. 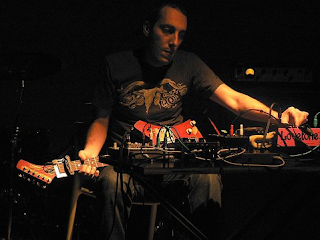 Oren Ambarchi
w/ Northhampton Wools (Thurston Moore & Bill Nace) and Carlos Giffoni
File Under: noise, experimental, psychedelic
Oren Ambarchi is a compose
r and multi-instrumentalist with longstanding interests in transcending conventional instrumental approaches. His work focuses mainly on the exploration of the guitar, “re-routing the instrument into a zone of alien abstraction where it’s no longer easily identifiable as itself. Instead, it’s a laboratory for extended sonic investigation”. (The Wire, UK).
Northampton Wools is the duo of Thurston Moore and Bill Nace, both on prepared electric guitars. Thurston Moore moved to NYC in 1977 to play with the downtown art rock group The Coachmen, which he co-founded, and in 1980 formed the band Sonic Youth with Kim Gordon and Lee Ranaldo. He concurrently has worked with Glen Branca, Cecil Taylor, Lydia Lunch, Merce Cunningham, Carlos Giffoni and a host of other experimental musicians and artists.
Carlos Giffoni is a Venezuelan electronic musician who resides in the New YorkCity area since the year 2000. Currently using modular synthesizers, hand made custom instruments, and various types of analog and digital synthesis in the composition of
electronic music pieces, as well as improvising live with local and international musicians.
Oren Ambarchi w/ Northhampton Wools & Carlos Giffoni will be @LPR on Thursday, December 2nd. To purchase tickets, click here! 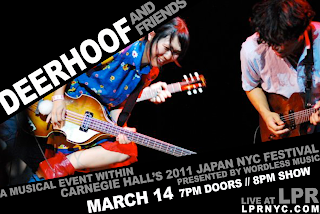 Deerhoof & Friends:
A musical event within Carnegie Hall’s 2011 JapanNYC Festival, presented by Wordless Music
File Under: alternative, noise, experimental, indie, classical, contemporary classical
Like all the best pop music, Deerhoof has always been strikingly new and yet strangely familiar. Melodic beauty, as if out of a half-remembered dream, is set against flashes of brilliant innovation that seem to be as much of a surprise to the band as to the listener. With Deerhoof every song is an adventure. Classic rock, J-pop, jazz, classical, and noise suddenly become inseparable, as if no stylistic barriers had ever truly existed. This is reflected in their equally wide following: Ask five fans to pin down Deerhoof’s sound and you’ll get five completely different answers.
Deerhoof & Friends will be performing @ LPR on Monday, March 14th! To purchase tickets, click here!
SHARE THIS