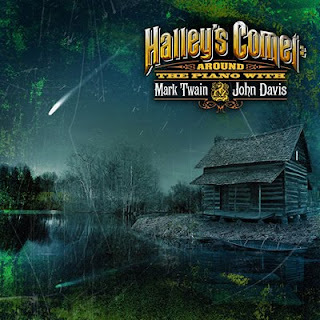 File Under: classical, contemporary classical, twain
In honor of Mark Twain’s 175th birthday, pianist John Davis performs selections
from
“Halley’s Comet: Around the Piano with Mark Twain & John Davis,” which pays tribute to Twain’s far-reaching musical tastes, extending from homespun Americana to some of the most refined works of the European-based repertoire. Interspersed with music from the composers on the CD, all with connections to Twain—by Louis Moreau Gottschalk, Blind Tom, Blind Boone, Ossip Gabrilowitsch, Felix Kraemer, Ludwig van Beethoven, and Franz Schubert—are often hilarious, sometimes appalling, but always fascinating quotations from Twain and his contemporaries as read by Davis, including Twain on classical music and on his disdain for pianists.
Join us for John Davis, piano: “Halley’s Comet: Around the Piano with Mark Twain” on Sunday, November 28th! To purchase tickets, click here! 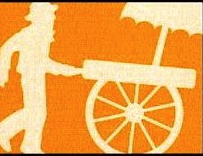 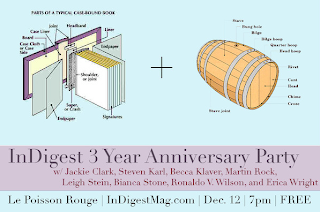 InDigest 3 Year Anniversary Party w/
Becca Klaver , Martin Rock , Leigh Stein ,Ronaldo V. Wilson , Erica Wright , Steven Karl , Bianca Stone and Jackie Clark
File Under: poetry, readings
InDigest presents InDigest 1207, a reading series that takes place monthly in New York City and quarterly in Minneapolis. In addition to their own work, readers are encouraged to bring in something that has informed or influenced them in some way. The result is often funny, sometimes strange, but always interesting, showing us how we are all constantly influenced by what we see, hear, and read.
Join us for the 3 year Anniversary of InDigest @ LPR (in the Gallery) on Sunday, December 12th. For information on the participating readers, click here! 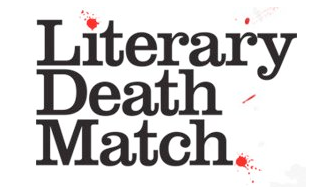 Each episode of this competitive, humor-centric reading series features a thrilling mix of four famous and emerging authors (all representing a literary publication, press or concern — online, in print or live) who perform their most electric writing in seven minutes or less before a lively audience and a panel of three all-star judges. After each pair of readings, the judges — focused on literary merit, performance and intangibles — take turns spouting hilarious, off-the-wall commentary about each story, then select their favorite to advance to the finals.

Join us for Literary Death Match on Wednesday, January 26th! To learn more, click here!
…and don’t forget about:
SHARE THIS