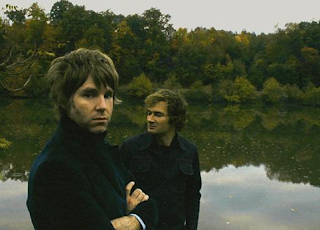 Autumn Defense
File Under: folk, pop, indie
Between noontime highs and slipping sunsets, the Autumn Defense create a sound which both embraces and resists the moods of autumn, and so defines their name. The multi-instrumental duo chase the sun westward to the California coast, gathering inspiration from classic L.A. pop and well-crafted melody basking in the warmth of the 60s and
70s AM Radio tradition. Between gentle harmonies and instrumental texturization, the associations are tempting: a trace of the Beach Boys, The Byrds, brothers Gibb, Bread, and Zombies piano pop, Stirratt himself quotes the seminal Forever Changes (Love) as one shaping influence to their sound. The Au
tumn Defense’s first studio effort found Stirratt delivering the bulk of the writing e
ffort, with Sansone flexing his talents in arrangement and engineering. Other contributors included former Wilco players Ken Coomer (drums) and Bob Egan (pedal and lap steel). The Green Hour was released in 2000 on Stirratt’s own Broadmoor label.
Join us for the Autumn Defense and Johnny Irion & Sarah Guthrie on Friday, November 12th! To purchase tickets, click here! 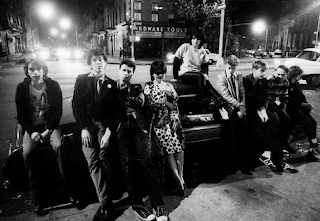 James Chance & the Contortions
File Under: no wave
One of the original punk jazz groups of the New York No Wave scene, the Contortions were led by saxophonist James Chance, aka James White (birth name James Sie
gfried). The group formed in New York City in 1977 and ended along with the No Wave scene in 1979.
Their first recorded appearance, credited solely as the Contortions, was on the 1978 compilation, No New York. The following year, two albums were issued almost simultaneously on the ZE label, Buy the Contortions (an extreme jazz-punk LP) and Off White (a disco/standards hybrid released under the moniker James White and the Blacks, with one side vocals, the other side instrumentals).
James Chance & the Contortions will be performing with their original lineup THIS SATURDAY (11/13)!!! To purchase tickets, click here! 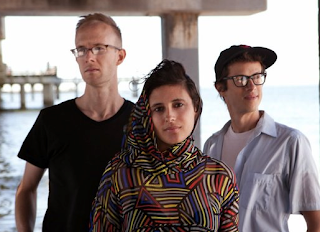 Callers
File Under: folk, indie
Ryan and Sara met Don at a show at Melvin’s, a bar on St. Claude in the Marigny neighborhood of New Orleans. Ryan and Sara had just begun writing and recording songs together on an old 4-track with a mic hanging from the blade of a ceiling fan in the middle of that stifling sweaty summer, but they would soon part ways and leave New Orleans. Over the next couple of years they relocated to Providence together and later settled in Brooklyn where Don had also settled after Katrina.

Life of Love is the first collection of songs Callers wrote and recorded exclusively in New York as a three-piece. Naturally the band’s sound grew in volume in response to the volume of the city; however, they held on to what makes them so consistently affecting: their 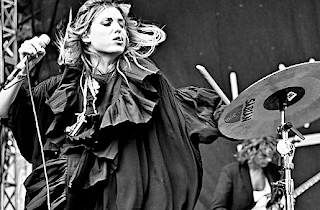 Lykke Li
File Under: alternative, electro,pop
Li released her first album, Youth Novels on LL Recordings in the Nordic region on 4 February 2008, prior to a wider European release this June. The album was produced by Björn Yttling (of Peter Bjorn and John) and Lasse Mårtén. It was released in the United States on 6 August 2008.

The 2007 EP “Little Bit” had some success on its release (featuring a very delicious and common known remixe by AutoErotique). Stereogum named her an artist to watch in October 2007, describing her music as a mix of soul, electro and powdered-sugar pop.

…and we hope to see you on December 1st for Lykke Li, unfortunately it is SOLD OUT so hopefully you got your tickets!
Other Events that may tickle your fancy….
Glenn Branca
Oren Ambarchi
Badly Drawn Boy
Radio Happy Hour w/Suckers
Tricky
Deerhoof & Friends
SHARE THIS