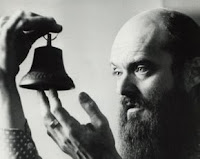 The New York Times did a great feature on Estonian composer Arvo Pärt this weekend. We’re celebrating Pärt’s 75th birthday with an Arvo Pärty at LPR. It’s a free show if you RSVP. Find out more here.

Emigrating from the Soviet Union to the West in January 1980 with his wife, Nora, and their two small sons, the Estonian composer Arvo Pärt was stopped by border police at the Brest railroad station for a luggage search. “We had only seven suitcases, full of my scores, records and tapes,” he recalled recently. “They said, ‘Let’s listen.’ It was a big station. No one else was there. We took my record player and played ‘Cantus.’ It was like liturgy. Then they played another record, ‘Missa Syllabica.’ They were so friendly to us. I think it is the first time in the history of the Soviet Union that the police are friendly.” He was joking, but not entirely. Later, when I asked Nora about that strange scene at the border, she said, “I saw the power of music to transform people.”

Read the full article at the New York Times